Two suicide bombers and gunmen attacked crowds of Afghans flocking to Kabul’s airport on Thursday, transforming a scene of desperation into one of horror in the waning days of an airlift for those fleeing the Taliban takeover.

Twelve U.S. service members were killed in the attacks, including 11 Marines and one Navy medic, according to two U.S. officials. Officials say a number of U.S. military troops were wounded.

They warned, however, that the numbers may grow. 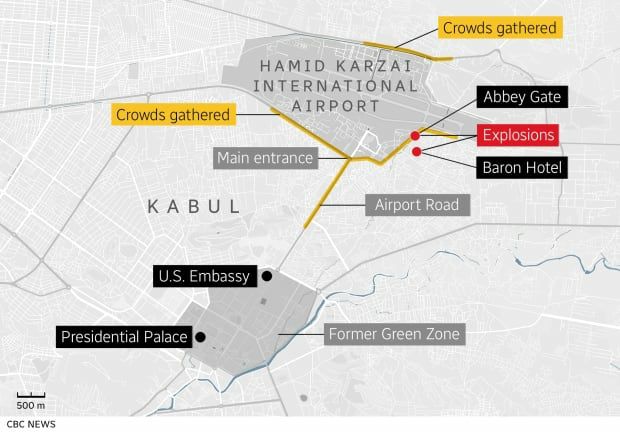 It was not clear if the U.S. deaths were included in the Russian toll.

The Department of National Defence confirmed that all Canadian Armed Forces members are safe and accounted for.

“The situation on the ground remains dangerous, and CAF personnel are taking all appropriate personal security measures,” said a DND media statement.

It is not clear whether any other Canadian citizens or people with connections to Canada were affected.

NATO Secretary General Jens Stoltenberg condemned the deadly blasts outside Hamid Karzai International Airport as a “horrific terrorist attack” that targeted desperate people trying to leave the country and the alliance’s efforts to evacuate them from Afghanistan.

The bombs exploded outside the airport, where large crowds of people trying to flee Afghanistan have gathered as they await flights out of the country.

Western nations had warned earlier in the day of a possible attack there in the waning days of a massive airlift.

Suspicion for any attack targeting the crowds would likely fall on the Islamic State group and not the Taliban, who have been deployed at the airport’s gates trying to control the mass of people.

Adam Khan, an Afghan waiting outside the airport, said the explosion went off in a crowd of people waiting to enter.

Khan, who was standing about 30 metres away from the blast, said several people appeared to have been killed or wounded, including some who lost body parts.

Pentagon officials are expected to provide an update later Thursday, but spokesperson John Kirby said on Twitter that the explosion at the airport’s Abbey Gate “was the result of a complex attack that resulted in a number of US & civilian casualties.”

“We can also confirm at least one other explosion at or near the Baron Hotel, a short distance from Abbey Gate. We will continue to update.” Many people, including Afghans, Britons and Americans, were told to gather at the hotel in recent days before heading to the airport for evacuation. 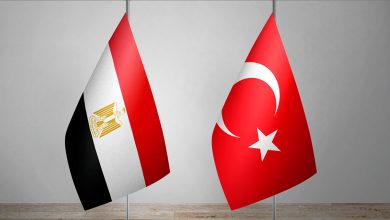 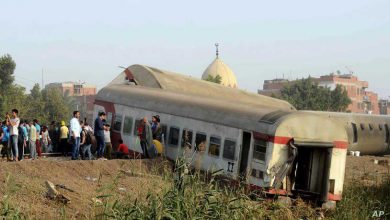 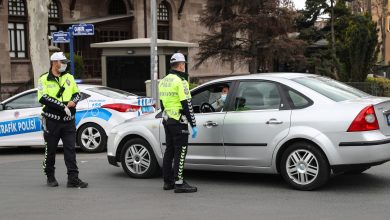 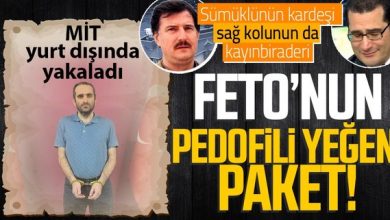