It’s a monstrous and horrifying Great Divide that has long cast a shadow in Major League Baseball, but never before has the divide in team payroll between the haves and have-nots been so pronounced,and created such a deep impact in the standings

The Los Angeles Dodgers have a current player payroll of $261 million, easily the highest in the league, and more than double the total of 15 other teams, according to the team payrolls and player salary information disseminated from MLB’s Labor Relations Department and obtained by USA TODAY Sports.

The Dodgers’ payroll, excluding cash transactions from other teams like the Boston Red Sox splitting starter David Price’s annual $16 million salary, is a staggering $284 million. It will be the first time since 2017 that the Dodgers will be subjected to a luxury tax penalty.

On the other side of the ledger, the Pittsburgh Pirates have a major-league low $49.1 million payroll. 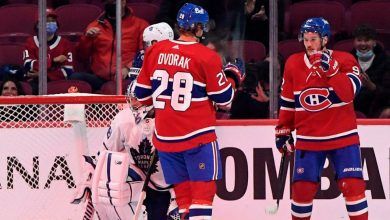 The Canadiens.. A grand entrance, and a triumphant return